Five Experiences That Made Me Gasp in Bologna (Italy) 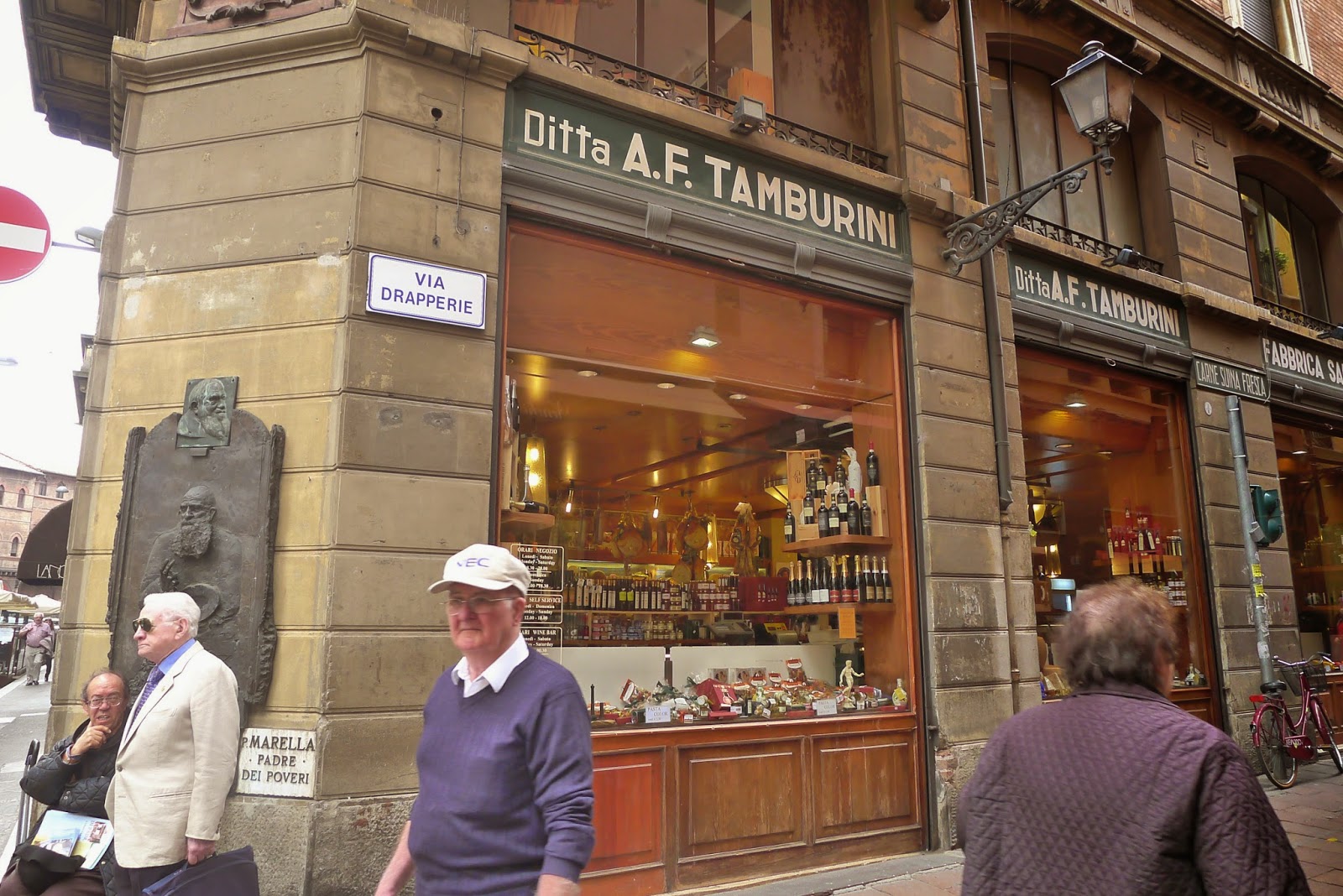 If there was one town in Italy that pleasantly and endlessly surprised me and The Dutch, it would have to be Bologna.  The city would probably ring a bell for some people because of "baloney", but really, it is rather an insult to reduce Bologna, one of my favorite cities in the world, to sandwich meat. 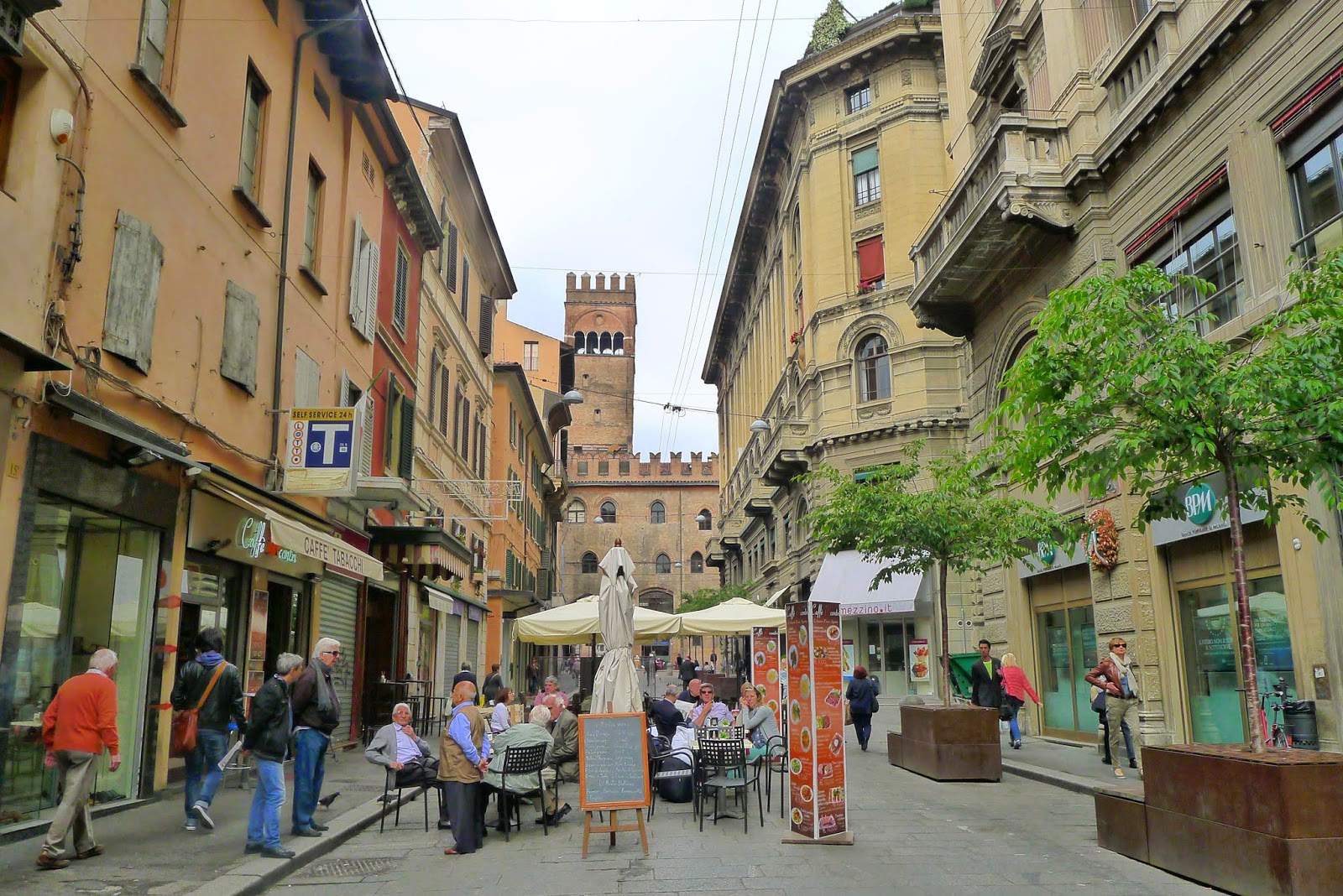 We left Florence early to make our way to Bologna.  Not having an itinerary, and our guidebook, being completely silent about this city, our first natural stop was the tourist information center for a map.  The map was awesome enough to have an English section on "Three Hours in the Heart of Our City".  Perfect. 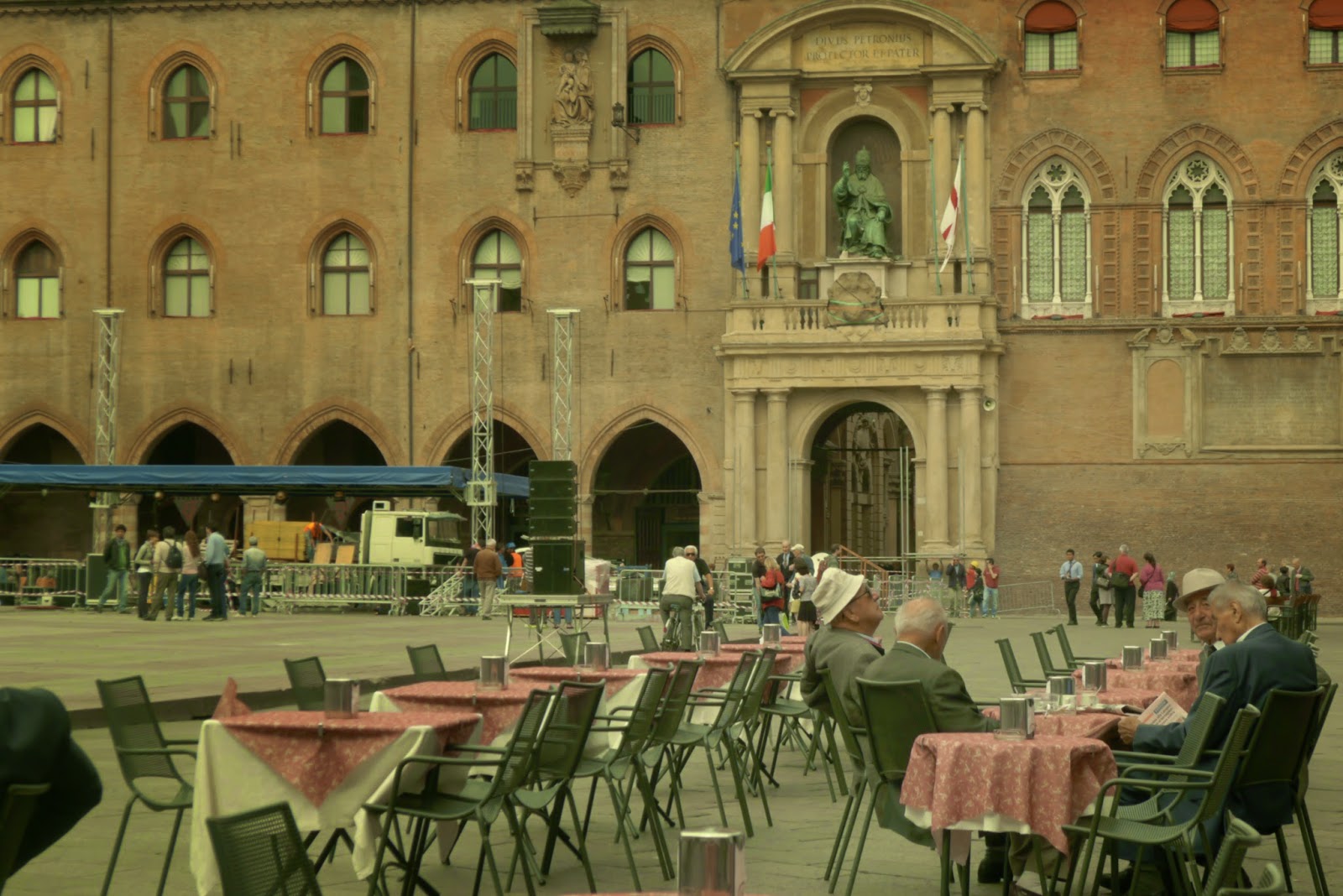 Five Experiences that Made Me Gasp in Bologna

1.  Quadrilatero, Bologna's Old City Market
Fred Plotkin, author of the extensive food guide (that I most highly recommend!) called "Italy for the Gourmet Traveler", calls Bologna the best food market in Italy.  We ran right into it after we've gotten our map and it was such a pleasant and special sight, although I am not sure why.  The old alleys were narrow, clean, and bustling with activity centered around food.  And I guess this was so exhilarating for me because this is Italian life happening before me.  This is what I traveled to Italy for! 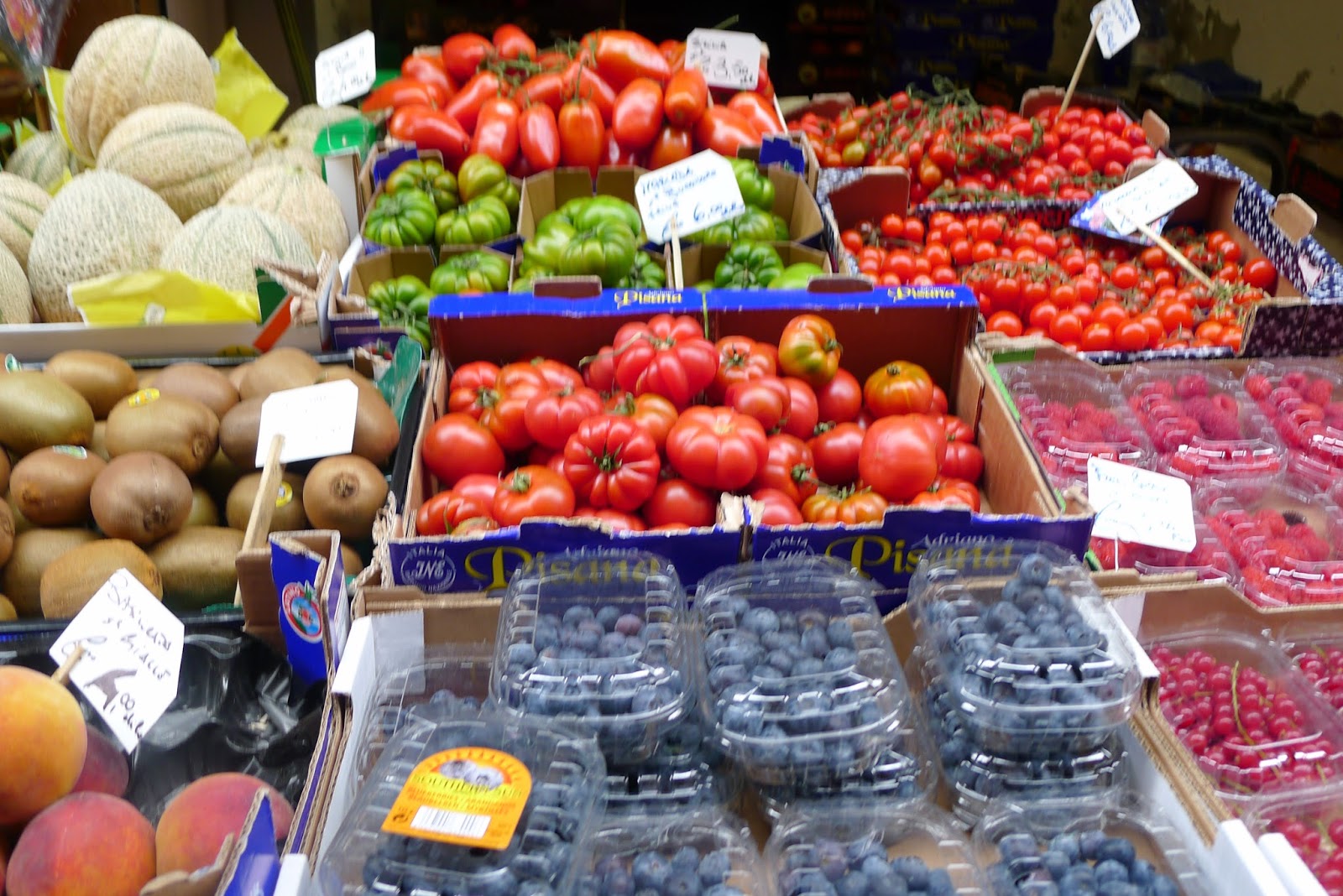 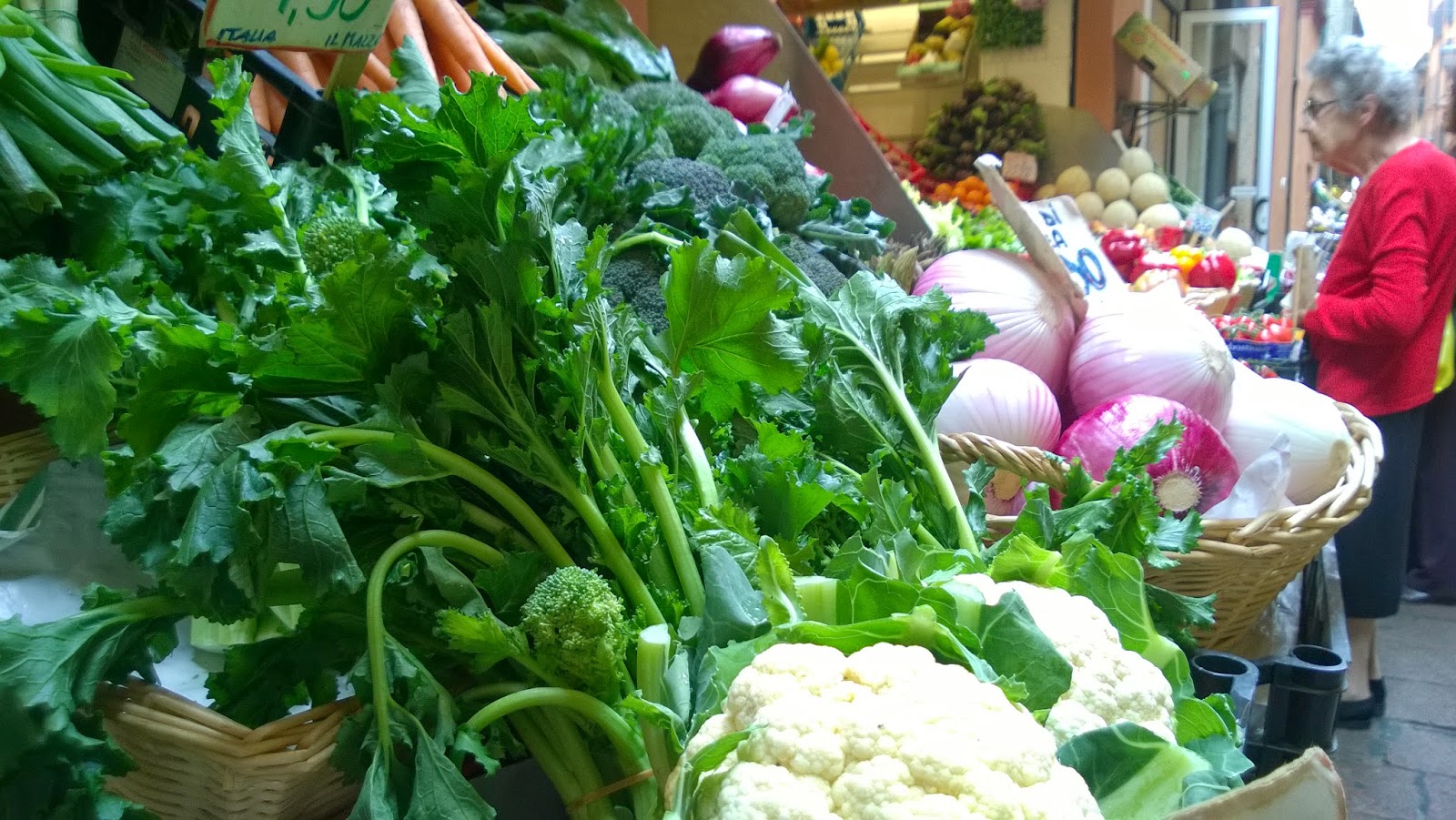 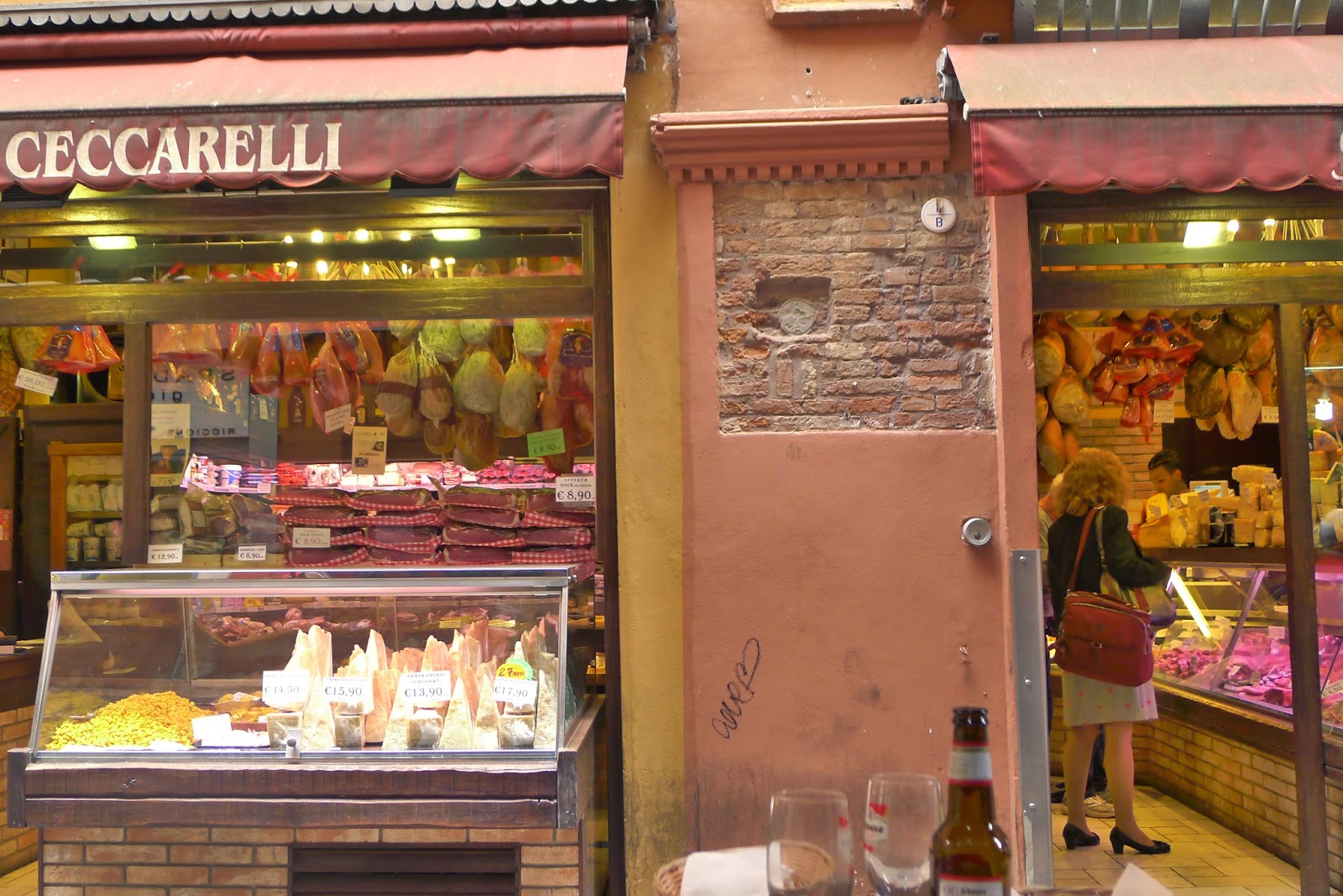 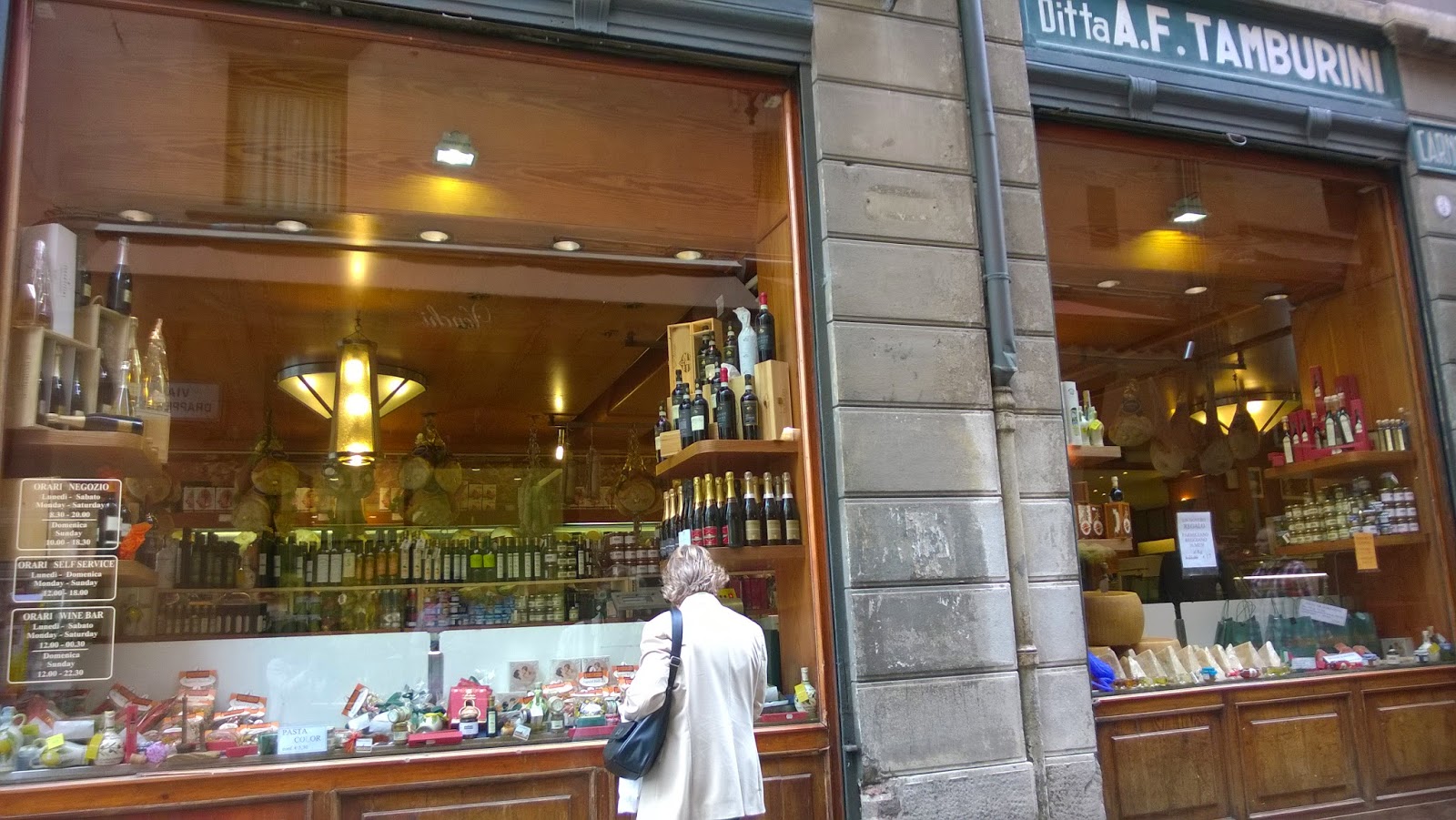 If you manage to go, don't miss Tamburini, an obvious old-timer with an enormous selection of what's special locally.

2. Il Cibo...  Food!
One of Bologna's many specialties is the mortadella, which is a thinly sliced ham with bits of fat and sometimes, pistachios.  This is my absolute favorite, even more than prosciutto!  Bologna is also popular for tortellini, tagliatelle, and ragu Bolognese. 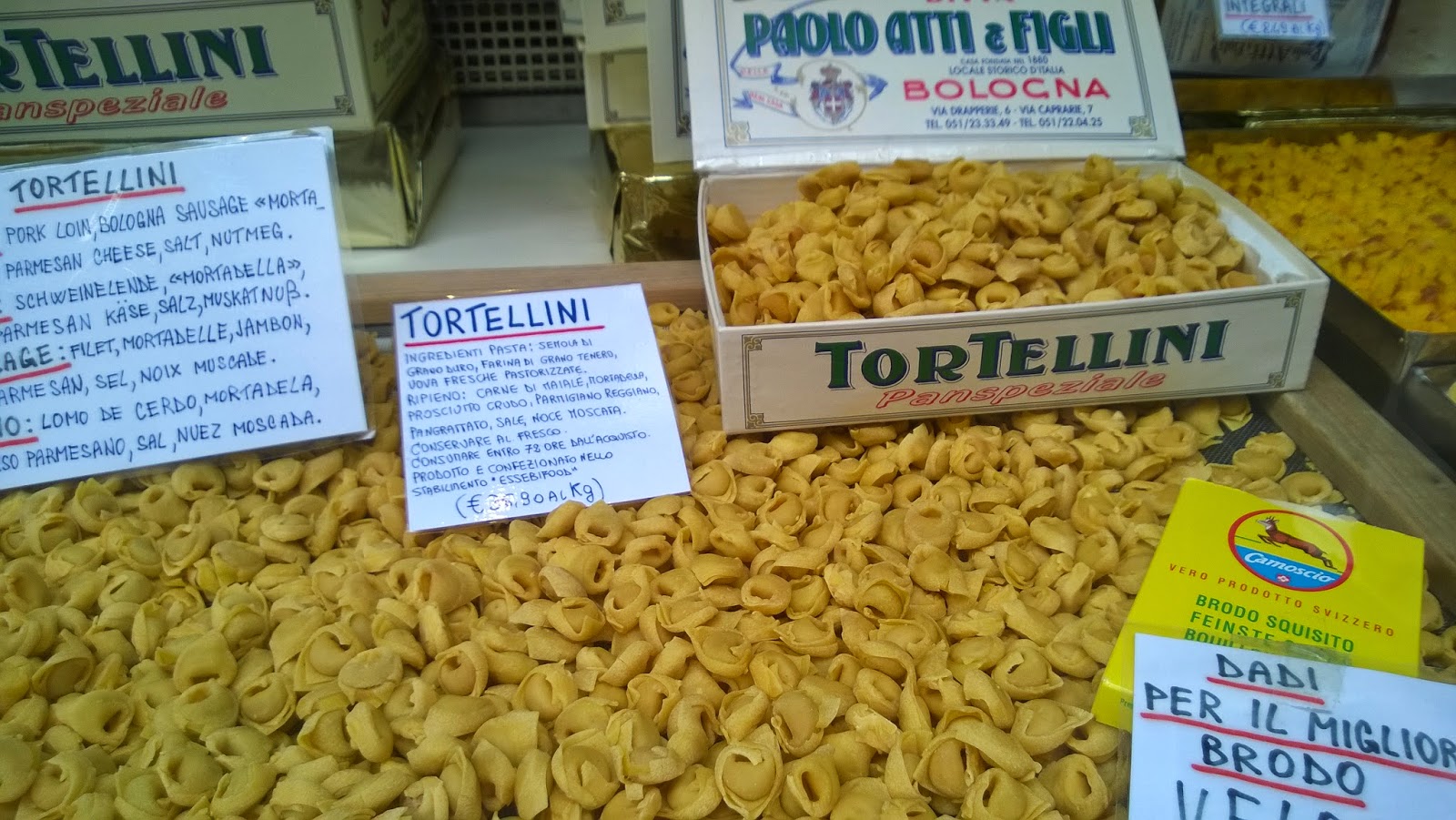 I don't have pictures, but we brought home some chocolate from Majani and it must have been the best chocolates I've ever had.  They were not too sweet and came in a multitude of varieties.  One bite tells you though that they were made painstakingly and with great care.  It's no surprise they've perfected the art of making chocolate.  They've been doing so since 1796!  Majani's website can be found here.

3.  Torre di Asinelli
There are a lot more towers in Bologna.  In the middle ages, towers symbolize a family's power. Torre di Asinelli and Torre di Garisenda are the two most symbolic ones in the city, with the former being the taller.  One can climb all 498 steps to the viewing deck, but I would only recommend it for those who are somewhat fit and are not acrophobic.  Once you make it, the views are spectacular!
4.  Santo Stefano
This church is remarkable since it supposedly was erected in the 1st AD as a temple to Isis.  As with all temples that survived Christianity, it was later on converted to a church.  That is about 2,000 years of history right there.  What I also found fascinating is that in this church, despite its history and importance, most of everything is accessible.  There are no ropes barring access to certain areas, nor were there thick crowds.  In other words, this felt like a true church, a real place of worship, as opposed to the mega churches in bigger cities of Rome and Florence.
5.  Walkability
We had a rental car in Italy, but we parked it outside the city center and walked all over Bologna.  It was the best way to see the city any way especially since Bologna is very pedestrian-friendly.  The lack of tourists was also noticeable, which for us, was a huge giant plus.  At one point, I was trying to find a postcard which I finally found at one place.  One. 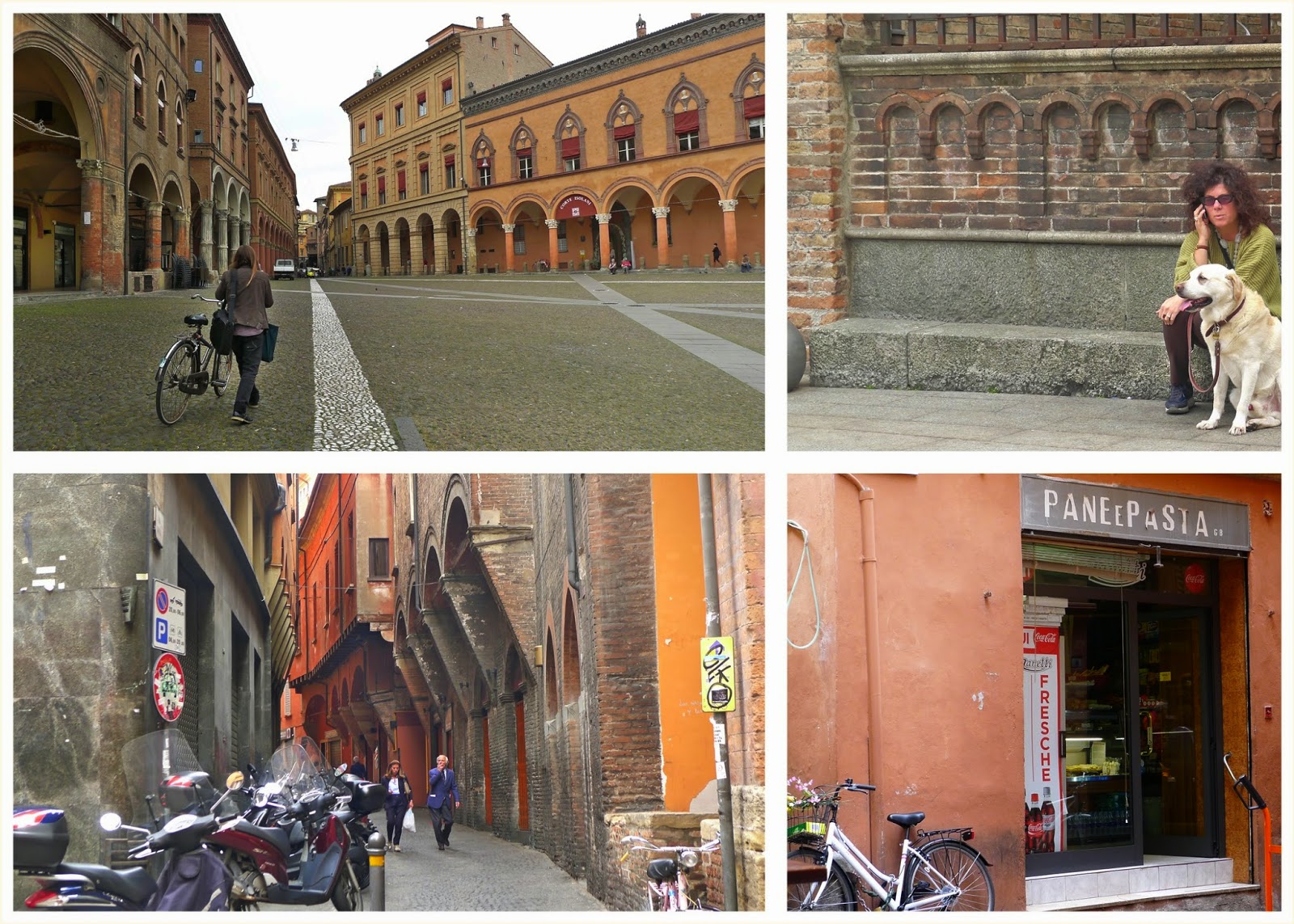 Bologna at every turn was just beautiful and the people we've encountered were as well.  We had barely a day in Bologna and it was enough for us to be enamored with it.  So much so that we decided that our next itinerary to Emilia-Romagna will definitely have to include more than a few hours in Bologna.  Until then, La Grassa!

Roaring to go?
Here are a couple resources to help your trip planning:
1.  Bologna's Official Tourism Website:  http://www.bolognawelcome.com/en/
2.  Blogville Emilia-Romagna, a confedration of bloggers all over the world sharing their experiences about their travels in the region:  http://www.blog-ville.com/tag/emilia-romagna/
Posted by Trish at 1:03 PM

Click on the photo to read my travel posts.

I also write for food and health blog, The Fat Kid Inside

Click on the links below to articles I've written for The Fat Kid Inside!

Read up on the links below.